(Disclaimer—Please do not feel obligated to read all of the incessant rambling that follows. I had a lot to catch up on. But I did break it down into chapters for your reading ease.)
THE RANCH
It’s been a pretty crazy month for Nathan and I. We started off with our Larson Annual Week at the Ranch. The last week of July, all of Nathan’s immediate family migrated to Provo Canyon for a fun-filled week of R&R. I take that back….with 6 kids under the age of 8 and all 5 Larson siblings together at once, rest and relaxation may not be the best description of our week. I should say, a fast-paced week of water games, baseball, badminton, mini golf, shooting, eating, and let’s not forget—crafts. That’s right….thanks to our camp director, Ashley, and much to the dismay of every male species present, us girls had a blast making magnet boards and journals! The boys made sure to go on ‘extra manly’ 4-wheeling adventures to compensate for the excess of estrogen present in the house. Erin’s fiancée, Kasey, had the pleasure of experiencing his first Ranch Week with the Larson’s and, let’s just say, we’re a little surprised, and very glad, that he’s still with us. ☺ Then again, he’s sticking around for Erin and not for us, which probably makes it easier. In the end, the week was a great success and we all had a blast. I was mostly relieved that I didn’t end up having to be Brooke’s Labor & Delivery Nurse that week…although it would have been a good story. 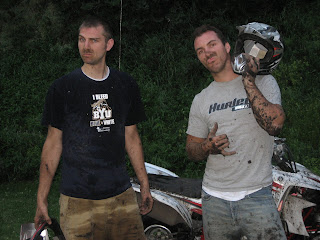 Nathan & Kasey after their manly ride 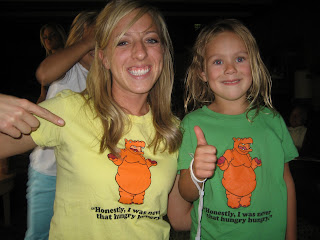 My niece Marley and I have the same shirt!
BUSINESS CLASS SNOBS
On July 29th, at 1 o’ clock in the morning, Nathan and I boarded our flight from Vegas to Dulles. Arriving in Dulles at 11 that morning, feeling a little short of mildly rested, we prepared to make our first attempt at flying on a stand-by ticket to Frankfurt, Germany. We were told at the gate that we were listed on Business Class and that things looked good for us getting on the first flight out. We were ecstatic. We could not think of anything better than a reclining seat with plenty of leg room on an 8 hour flight. But our jubilation was quickly put to an end as the employee at the gate said , in a rather disgusted tone, “you’re not wearing jeans are you?”. WHAT?!!! Since when does it matter what you wear when you travel? I most certainly was wearing jeans because if you expect me to dress nice on a redeye flight and a connecting international flight, you’ve got another thing coming. And I, by the way, did not look grungy. Nathan was slightly more dressed down than I was…but holy cow. So our much looked forward to flight in business class turned into the most tortuous flight of our lives. As we struggled to get comfortable in the front row of economy, it was all we could do to stare at the empty business class seats just behind the curtain. We imagined we would feel pretty similar had we been just shy of making it into heaven. So note to all of you…if you ever fly stand-by on a buddy pass and are hoping to be upgraded…make sure to check out that dress code before you fly. Ugh. And as a side note, if anyone ever actually pays for a Business Class ticket…wear a pair of jeans for us!! Needless to say we were grateful to arrive in the “motherland”…as Nathan calls it, thus beginning our 3-week sabbatical in Europe. We figured things had to go up from there.

THE ADVENTURE
GERMANY
The next 3 weeks were a bit of a whirlwind. We spent the first 2 weeks staying with various German family members. Nathan was such a good sport about sitting around for extremely long meal sessions while not understanding a word. As I’m sure most of you can imagine—at least those of you who know Nathan even a little bit—he had no problem turning each situation into something oddly hilarious…he even had the Germans laughing at him! I will say he made more of an attempt to learn what he could of the German language than I would have in his place. I was really proud of him. He can even identify the names and pictures of my entire German family…down to Great Uncles, Aunts, and second cousins! I think his most shocking German discovery was that a wiener schnitzel is not actually a hot dog! That one threw him for a loop! I asked Nathan to give me a list of his top 10 favorite German experiences and here is what he came up with:
1. Tante Gabi’s cooking
2. Eating Rouladin and catching bees in his glass at the top of a mountain overlooking Anaberg, East Germany (where my ancestors have all come from)
3. Exploring the deep silver mines in East Germany (wearing a very attractive yellow hard hat and blue poncho)
4. Neuschwanstein and all of the beautiful castles throughout Germany
5. Showing off his wheelchair skills for my Omi in the hospital
6. The Autobahn (need I say more?)
7. German breakfast…all 4 hours of it
8. Spending time with Ralph and Sabiner
9. The Rhein River cruise
10. All of the German names…personal favorites included: Ute, Helmut (whom Nate refers to as Helmet), Wolfgang, Boris
So that pretty much sums up Germany for you ☺. We had a blast and I loved introducing all of my family to my husband. The best part is—we didn’t pay a dime for the first 2 weeks of our trip! 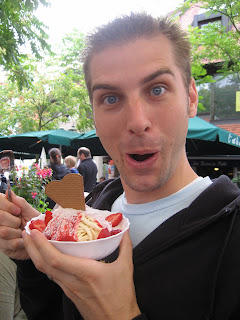 Spaghetti Ice Cream in the town where my mom grew up 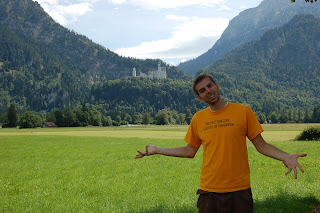 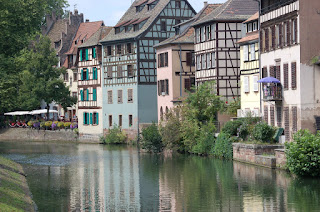 The little town of Strasbourg right over the French border about 30 min from my Omi's house. 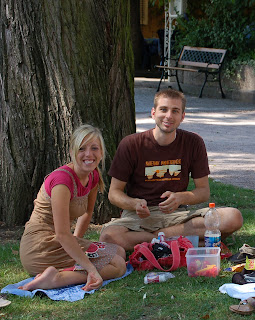 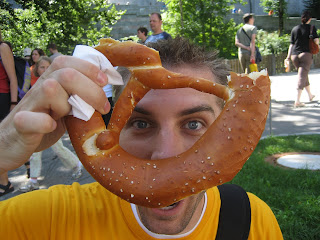 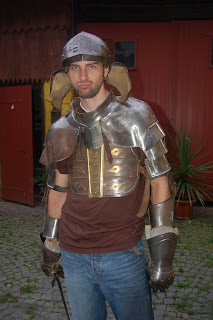 Can we say, elephant?  Nathan dressed up in medieval armor 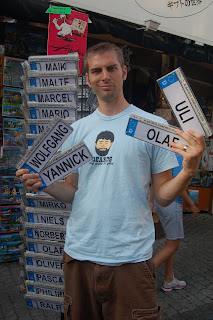 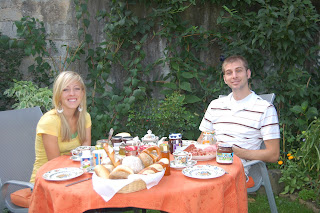 The usual German breakfast.  I love it! 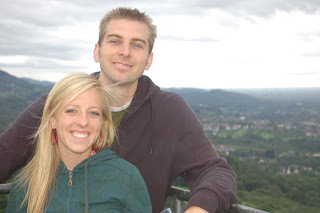 Baden-Baden (cloudy day...sad cause you can't see how beautful it is) 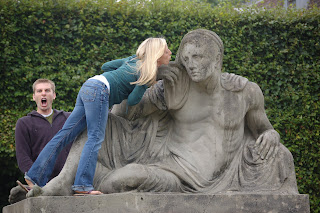 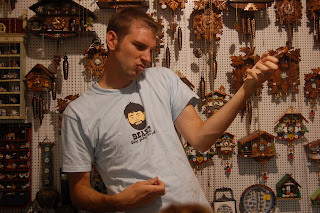 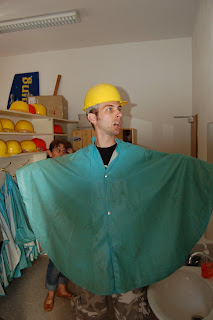 All dressed up for the Silver Mines in East Germany 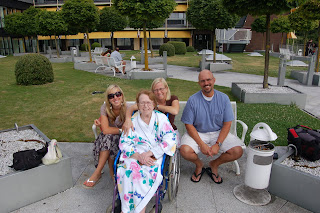 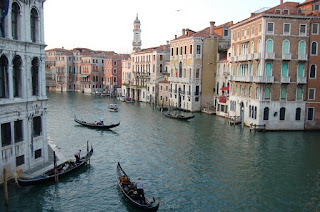 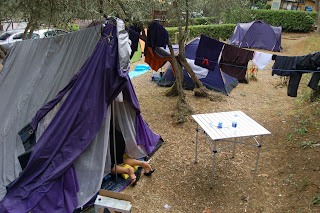 Our lovely tent (with my feet sticking out) 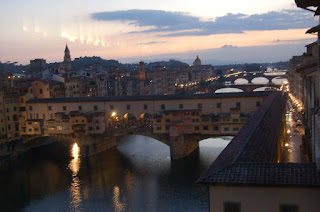 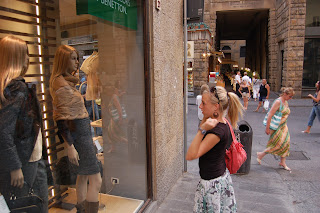 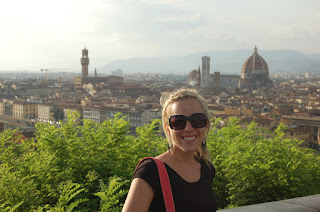 The view from our camping ground in Florence--beautiful! 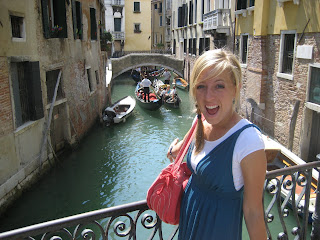 Our arrival in Venice 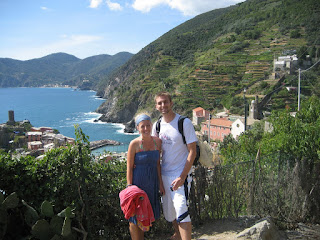 Cinque Terra--beautiful coastal cities in Italy, on the Mediterranean side. 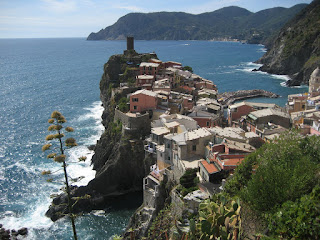 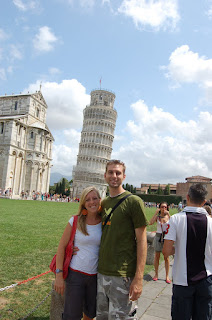 The Leaning Tower of Pisa--it really does lean!!
Posted by Unknown at 9:49 AM 11 comments:

Hello and Welcome! This is my journal. It is all the things that I want to remember and cherish forever! I would never expect everyone to read everything. But I am writing this for me. For us--the Larson family. And we are happy to share our adventures with you, if you're interested! :) 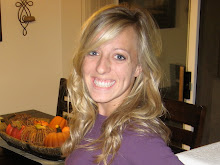 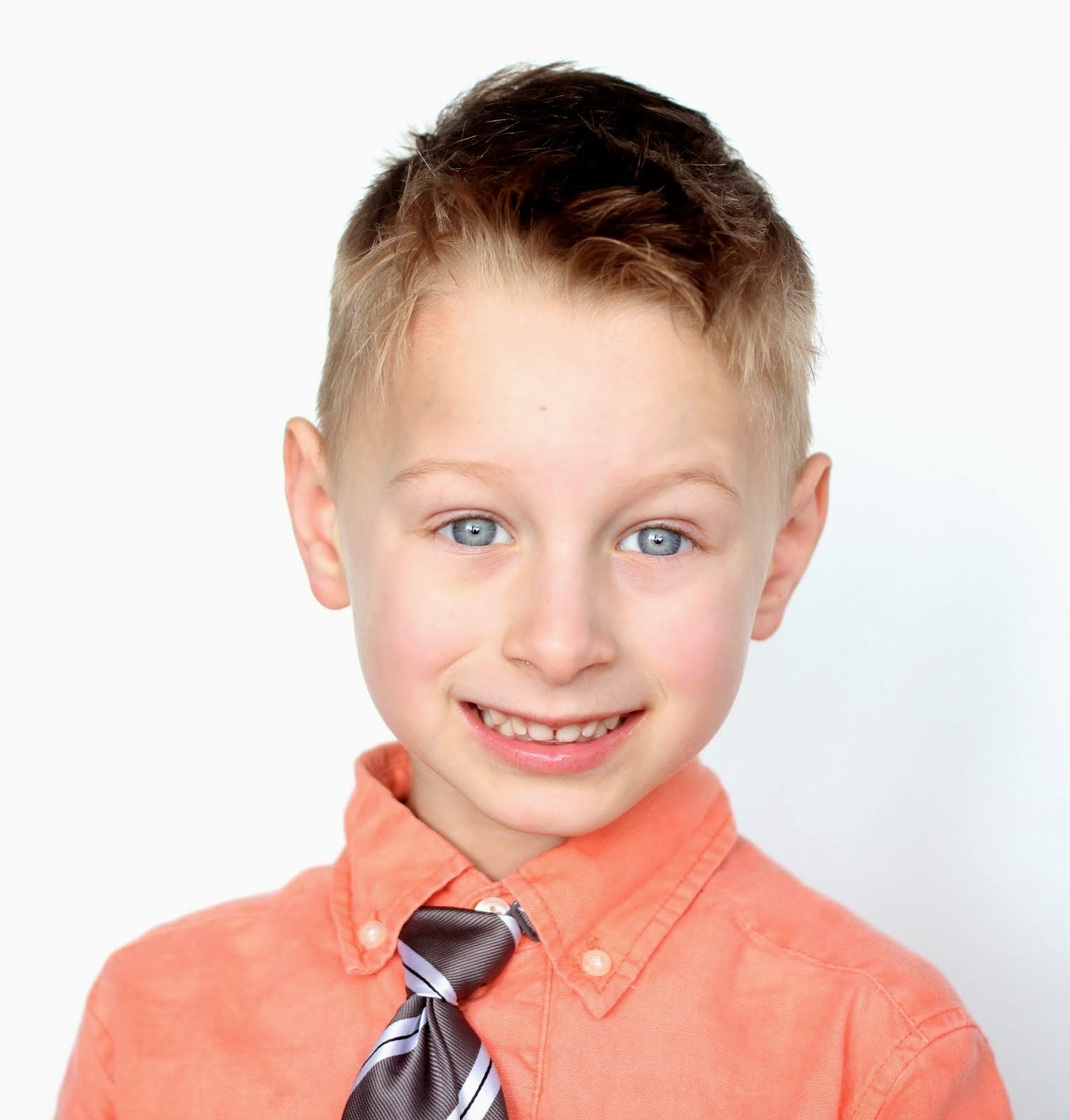 MOM: (while helping him change into jammies) "Sawyer, where are your undies?!"
SAWYER: (looking down in shock as he pulled his pants down) "Oh Smack! I think I left them in the bathroom!" 06/12